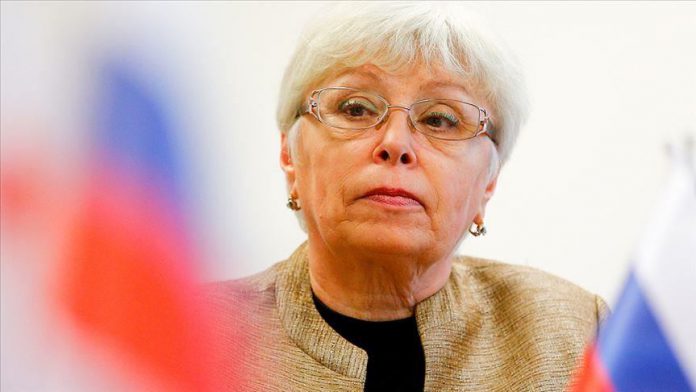 The widow of a slain Russian ambassador killed in Turkey in 2016 said she did not know who killed her husband but the aim was “to ruin bilateral relations of Russia and Turkey”.

On Dec. 19, 2016, Andrei Karlov was killed at an Ankara art gallery opening by Mevlut Mert Altintas, an off-duty police officer linked to the FETO, the group behind the 2016 defeated coup attempt in Turkey. During a standoff, Altintas was shot dead by police.

Marina Karlova, head of the Andrei Karlov foundation, in her speech about the Turkish-Russian relations on the 21st century said