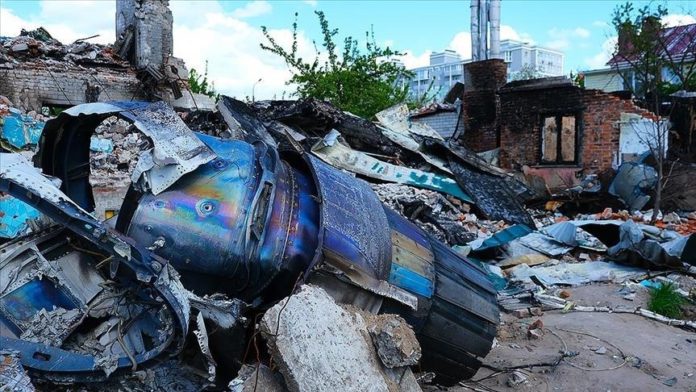 The Russian Defense Ministry said on Tuesday that it shot down Ukraine’s one Su-25 fighter jet and six unmanned aerial vehicles on Monday night.

Also, Ukraine’s 45 command points and 499 areas of concentration of manpower and military equipment, along with 46 firing positions of artillery and mortar batteries were hit by the Russian strikes.

The rocket forces destroyed 36 pieces of weapons and military equipment, including the Ukrainian battery of the Uragan (Hurricane) and Grad multiple launch rocket launchers, two ammunition depots, and one fuel depot.

At least 4,074 civilians have been killed and 4,826 injured in Ukraine since the war started on Feb. 24, according to UN estimates. The true toll is believed to be much higher.

Over 6.8 million people have fled to other countries, while more than 7.7 million have been internally displaced, according to the UN refugee agency.