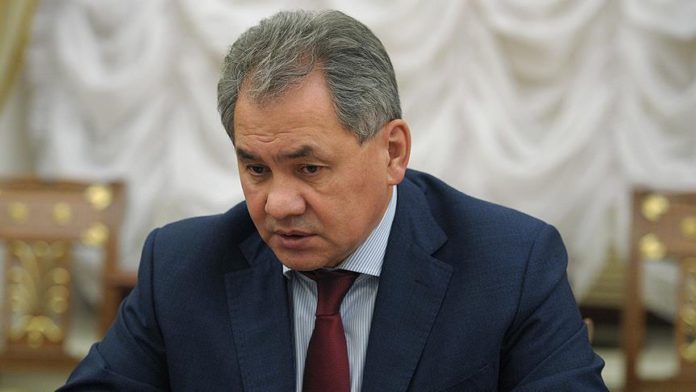 The Russian Defense Ministry announced Tuesday that its chief, Sergey Shoygu, arrived in Syria to supervise a military drill in the Mediterranean Sea.

Shoygu visited military objects rented by Russia from Syria — Khmeimim Air Base and naval point in Tartus – according to the ministry.

He also visited the capital, Damascus, and had a meeting with Bashar al-Assad, at the instruction of Russian President Vladimir Putin.

“Sergey Shoygu and Bashar Assad discussed different questions of military and technical cooperation of the countries in the framework of the joint fight against the leftover of bands of international terrorists, as well as separate issues of providing humanitarian assistance by Russia to the population of Syria, suffering from restrictive sanctions of the US and Western countries,” it said.

In January, the Russian Defense Ministry announced a series of large-scale military drills “in all areas of responsibility” for the Russian Navy.

More than 140 warships and support vessels, over 60 aircraft, 1,000 units of military equipment and about 10,000 military personnel will be engaged in the exercises, it added.