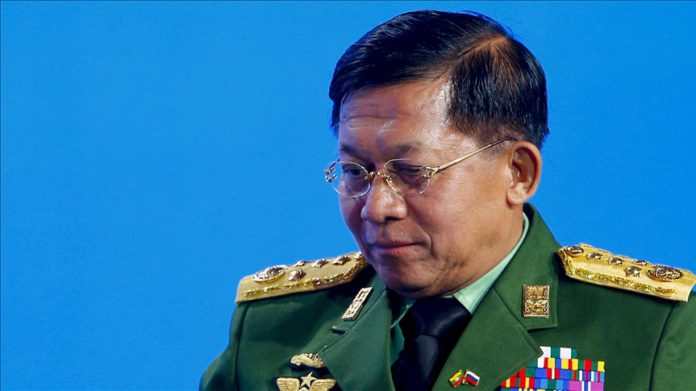 It is only Hlaing’s second visit abroad since the Feb. 1 coup in which Myanmar’s army took power, arresting civilian leader Aung San Suu Kyi and putting her on trial.

Military and military-technical cooperation are important components of relations between Russia and Myanmar, and bilateral ties should be strengthened, Shoygu said, opening the meeting with Hlaing, who came to Moscow for a global security conference.

“We place special importance on today’s meeting because Myanmar is a time-tested strategic partner and a reliable ally in Southeast Asia and the Asia-Pacific region,” Shoygu said.

Shoygu said he sees the meeting with Hlaing as “an excellent opportunity to exchange views on the prospects for the development of the cooperation, primarily in the military and military-technical areas.”

“We are determined to continue to make efforts to strengthen bilateral ties based on the mutual understanding, respect, and trust that have developed between our countries. We are always, as before, open to a good mutual dialogue on a variety of issues,” he said.

Hlaing said that Myanmar’s army became one of the strongest in the region thanks to Russia.

He also thanked Shoygu for his personal contribution to strengthening Myanmar’s armed forces.

According to Hlaing, his visit today confirms that the friendship between the two countries “continues stronger and stronger.”

The meeting came in the wake of Myanmar’s internationally criticized military coup, which the UN General Assembly last Friday voted overwhelming to condemn, also calling for UN member states to end any arms deals with Myanmar.

The General Assembly also urged Myanmar to restore the democratically elected government, which the army overthrew in February.

More than 4,000 people have been detained since the coup, and pro-democracy protests have taken place in cities and towns across the Southeast Asian country.