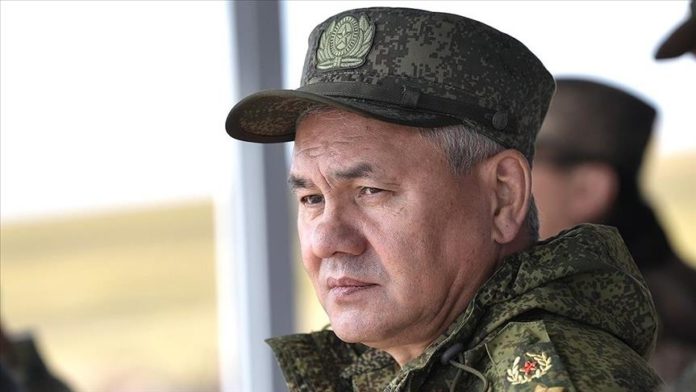 Russian Defense Minister Sergey Shoygu said on Tuesday that the country’s army is deliberately slowing down its movements in Ukraine to allow civilians to leave the war zone.

“Silence regimes are being declared and humanitarian corridors are being created for residents to leave the encircled settlements. Of course, this slows down the pace of the offensive, but it is done deliberately to avoid civilian casualties,” he said.

“The North Atlantic Alliance has come very close to our borders and has significantly increased its combat potential. Efforts were intensified for Ukraine’s accession to NATO, the deployment of coalition military infrastructure on its territory, and the country itself turned into a hostile state used as an instrument of pressure on Russia,” Shoygu said.

Meanwhile, under Western patronage, a policy of dividing Russians and Ukrainians was pursued, everything Russian was persecuted, Shoygu added.

“Those who disagreed with this development of events were simply destroyed. For eight years, the Kyiv regime methodically shelled the cities and villages of Donbas. During this time, more than 14,000 people were killed, and about 33,000 were injured. All our attempts to force Kyiv to comply with the Minsk agreements were in vain, it simply ignored them,” he noted.

The Western countries have also sent military advisors and mercenaries to Ukraine to fight against Russia, he said.

Shoygu claimed that the Ukrainian authorities freed prisoners and handed weapons to ordinary people in hopes that they will kill Russian soldiers but this also led to mass cases of violence, plunder, and looting.

Despite the Western help, Russia will continue its military operation until all goals are achieved, Shoygu stressed.

He then recalled that Ukraine is also bordering the CSTO and called for strengthening and developing the coordination in all directions.

“This is especially important also because Western countries are purposefully working to undermine the allied relations among the CSTO states.

“We know what pressure is being put on our allies. Undisguised threats, blackmail, and intrigues are used. All this requires us to be even more united, more active, and precise in the coordination of actions,” he said.