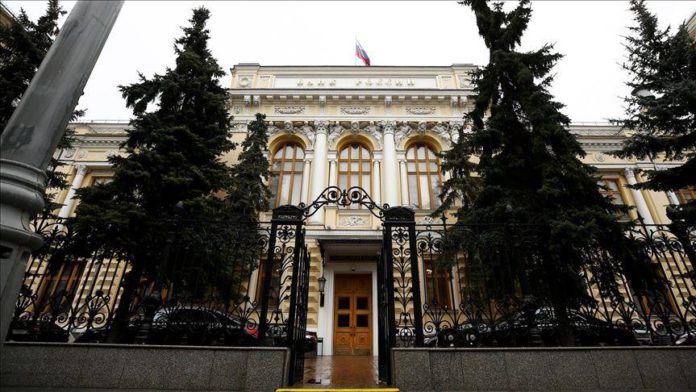 The Russian Central Bank on Thursday announced that it will begin to intervene in the foreign exchange market after the ruble plunged to a record low following the Russian military intervention in Ukraine.

“The Bank of Russia will ensure the maintenance of financial stability and business continuity of financial institutions by using all the necessary tools,” the bank said in a statement.

It did not mention raising interest rates but said additional liquidity will be provided for bank by offering 1 trillion Russian rubles (some $11.5 billion) in the overnight repo auction.

The ruble tumbled to a record low of 89.98 per dollar and Russian stocks collapsed 45% after Russia attacked Ukraine.

The currency was nearly 7% weaker against the US dollar.

The Moscow stock exchange reopened trading after suspending it for a few hours on Thursday.

Tougher sanctions by the US and the EU are on the way to face Russia as it started a military intervention in Ukraine early Thursday.

On Wednesday, he said the US is expanding sanctions to the Nord Stream 2 AG, the company that built a key gas pipeline from Russia to Germany, and its corporate officers.