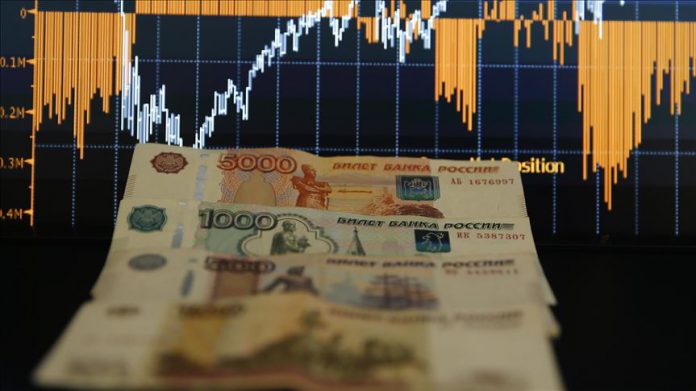 The Russian Central Bank on Thursday sold foreign currency equivalent to 23 billion rubles ($308 million) in the domestic market to support the Russian ruble, which is under pressure due to falling oil prices.

The amount was recorded as the highest volume of foreign currency sales since March 10, when the bank started selling foreign currency, according to Russian Central Bank data.

The previous record sales volume was 19.2 billion rubles was earlier this week, on April 22.

* Written by Aysu Bicer from Ankara