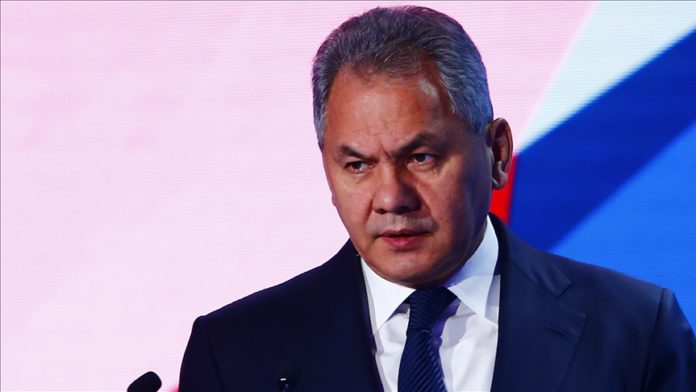 “The military and political situation in Europe is getting more and more tense. And it’s far from being our fault,” Shoygu told reporters ahead of the meeting.

He said that he would like to discuss ways to reduce the tension as well as Russia’s proposals on security guarantees presented to NATO countries last December.

Shoygu also questioned Wallace about the purposes of shifting the British special forces to Ukraine and the terms of their presence there.

“From our side, we would like to propose (to Western countries) to contribute to reducing this tension and to stop stuffing Ukraine with arms. From all sides (arms shipments) are coming, this is done publicly. Not completely clear what for,” he said.

“We would also like to understand as to why Britain … sent its special forces to Ukraine and until when they will stay there,” he asked.

Shoygu recalled “the sad experience” of pumping Afghanistan with weapons, warning it can fall into the hands of terrorists.

“I would like to remind the sad experience of pumping with weapons some countries. In Afghanistan, not so long ago, arms of almost $80 billion were left. If we speak about Javelins, anti-tank missiles, over 100 of them were left in Afghanistan. If to speak about MANPADS (man-portable air-defense systems), over 150 (of them) were left.

“All this, no doubt, poses a threat, taking into account that only within the pastime the number of ISIS (Daesh) fighters in Afghanistan doubled. And it is difficult to understand where and in what hands these arms will fall,” he said.

Shoygu added that Russia would not like the Afghan issue to be put on the back burner, and not only about the arms left there but also regarding the issues of the Afghan refugees and drug trafficking.

Shoygu noted that the meeting with the British defense minister is the first in years, the level of military cooperation between Russia and Great Britain “is close to zero and will cross nil soon and go in minus,” which is “unwanted.”

“Therefore, I hope to discuss with you the most pressing issues … taking into account the historical experience of our cooperation and combat cooperation,” Shoygu said.

Shoygu said that he read Wallace’s statements and interviews before the meeting and saw threats of sanctions in every second line.

He said he would not like today’s meeting with the British defense chief to be the continuation of “this kind of interviews.”

The UK said last month that it has information that Russia wants to install “a pro-Russian leader in Kyiv as it considers whether to invade and occupy Ukraine.”

Russia has denied it is preparing to invade and accused Western countries of undermining its security by NATO’s expansion towards its borders.

The Kremlin also issued a list of security demands to the West, including a rolling back of troop deployments from some ex-Soviet states, and guarantees that Ukraine and Georgia will not join NATO.