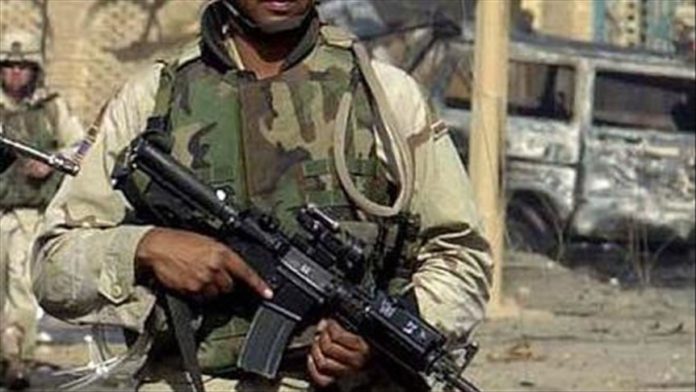 Bounties reportedly offered by Russian intelligence officers to Taliban-linked militants to kill Western forces in Afghanistan are believed to have resulted in the deaths of several American service members, according to US intelligence obtained from interrogations, the Washington Post reported Sunday.

Citing several people familiar with the matter, the Post said it was unknown how many Americans or coalition troops from other countries may have been killed or targeted.

The evidence reportedly emerged from interrogations of captured Taliban militants in recent months.

On Friday, The New York Times reported that a Russian military intelligence unit secretly offered bounties to Taliban-linked militants for killing coalition forces in the war-torn country, including American troops.

The Times said President Donald Trump and the White House National Security Council (NSC) gathered in late March to discuss the matter and weighed several responses, including a diplomatic complaint to Moscow demanding an end to the practice and escalating a series of sanctions.

Earlier in the day, however, Trump denied being briefed about reported bounties by Russia against American troops, saying neither Vice President Mike Pence nor Mark Meadows, the White House chief of staff, had been told “about the so-called attacks on our troops in Afghanistan by Russians, as reported through an ‘anonymous source’ by the Fake News @nytimes.”

“Everybody is denying it & there have not been many attacks on us,” Trump tweeted, referring to statements by the Taliban and the Russian mission in the US that they had nothing to do with the explosive allegations.

“Nobody’s been tougher on Russia than the Trump Administration. With Corrupt Joe Biden & Obama, Russia had a field day, taking over important parts of Ukraine – Where’s Hunter? Probably just another phony Times hit job, just like their failed Russia Hoax. Who is their ‘source’?” Trump added.

According to the Post, a third person familiar with the matter said he did not think “that anybody withheld anything and screwed up by not getting to the president on time,” adding that until “you were absolutely sure of the intelligence and the NSC had drawn up policy options, you weren’t going to walk into the Oval Office.”

On Saturday, White House press secretary Kayleigh McEnany also denied the report from the Times, saying “the CIA Director, National Security Advisor, and the Chief of Staff can all confirm that neither the President nor the Vice President were briefed on the alleged Russian bounty intelligence.”

Meanwhile, a spokesman for the Taliban strongly rejected the reported claims.

“These rumors are being circulated to create hurdles for the departure of American troops, to weaken and confuse advocates of peace in America and to attribute the great heroism and achievements of the Afghans to foreigner circles,” Zabihullah Mujahid said Saturday.

The Russian Embassy in Washington, D.C. called the allegations “baseless and anonymous,” saying they “have already led to direct threats to the lives of employees of the Russian embassies in Washington D.C. and London.”

According to the The Times report citing anonymous officials, the US has known for months that the Russian unit covertly offered rewards for 2019 attacks and some Afghan militants are believed to have collected bounty money.

Attacks in 2019 killed 20 American troops in Afghanistan, but it is unclear which killings were under suspicion.