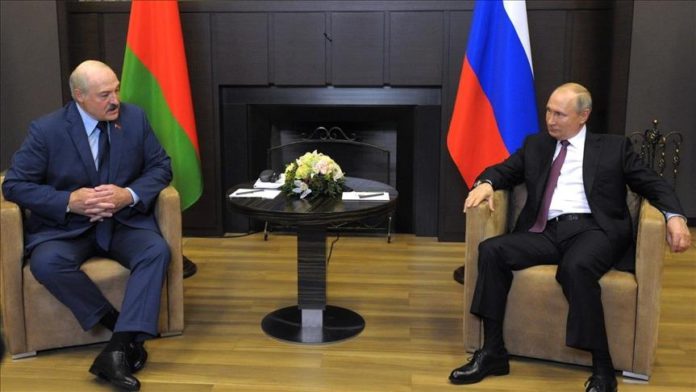 Russian President Vladimir Putin discussed the situation on the Belarus-Poland border with his Belarusian counterpart Alexander Lukashenko over the phone on Friday.

Putin and Lukashenko expressed serious concern about “the unacceptable, cruel” actions of Polish border guards, including the active use of brute force and special means, the Kremlin said in a statement.

“Alexander Lukashenko informed about the steps taken by Minsk to de-escalate the crisis and provide humanitarian assistance to migrants, as well as about a regular telephone conversation with Acting Federal Chancellor of Germany Angela Merkel on November 17,” it said.

The presidents of Russia and Belarus noted the importance of establishing cooperation between Minsk and the EU to resolve the problem, it added.

In October, Belarus suspended an agreement with the EU, obliging the country to take back migrants that crossed its territory going to the EU.

The EU accuses the Belarusian administration of “using irregular migration as a tool” and “trying to destabilize the EU” by sending migrants to the borders of EU countries — Poland, Lithuania, and Latvia.

According to the EU, Belarus reaches out to potential travelers through seemingly official channels, including diplomatic missions and travel agencies, and invites them to Belarus by offering visas. They are then allegedly guided to the EU border.

Lukashenko denies allegations, saying migrants are using Belarus to enter the EU because it has a visa-free regime with countries “destroyed by the Western military ventures.”

Over 8,000 people have tried to enter the bloc via the Belarus-EU border so far this year, up sharply from just 150 last year.

Polish authorities stepped up border protection on Monday and mobilized more than 12,000 troops after a large group of migrants started marching toward the country’s frontier with Belarus accompanied by the Belarusian military.

Over the last week, at least 2,000 people, including women and children, have been stuck in the Belarusian-Polish border area in dire conditions.

UK Prime Minister Johnson: 'We will get through this'