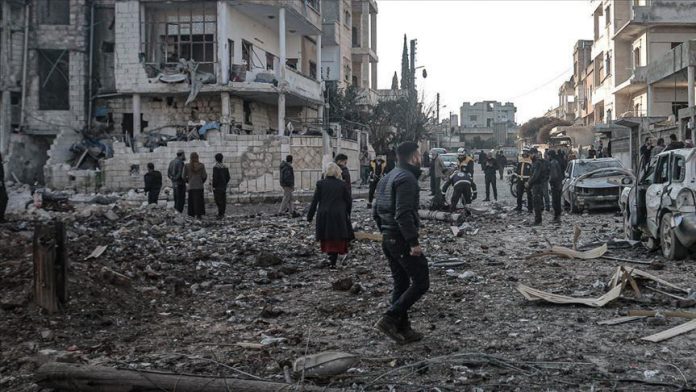 Four civilians were killed in Russian airstrikes in the de-escalation zone in northern Syria, local sources said on Wednesday.According to a Syrian opposition aircraft observatory, Russian warplanes carried out airstrikes on Arnaba village in Idlib province’s southeastern countryside.Four civilians were killed in Arnaba, said the sources with the Syrian Civil Defense agency (White Helmets).Meanwhile, regime forces shelled the villages of Kafar Aweed, Kansafra, Sarmin, Qmenas and Al-Nerab.No casualties have been reported in the attacks.Since Moscow and Ankara reached a deal in September 2018 under which acts of aggression are supposed to be prohibited in Idlib, over 1,300 civilians