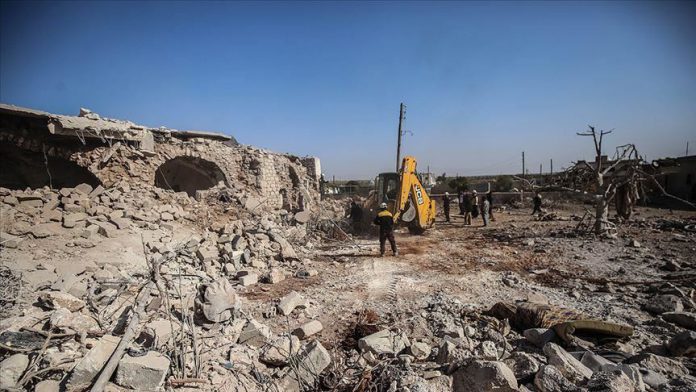 At least three civilians were killed in Russian airstrikes in the Idlib de-escalation zone in northwestern Syria, a local civil defense agency said on Sunday.

At least three civilians were killed in the district of Maarat al-Naasan in the airstrikes, the White Helmets said.

The death toll from the attacks on residential areas in the Idlib de-escalation zone over the past month reached 75, including 13 children, said the White Helmets.