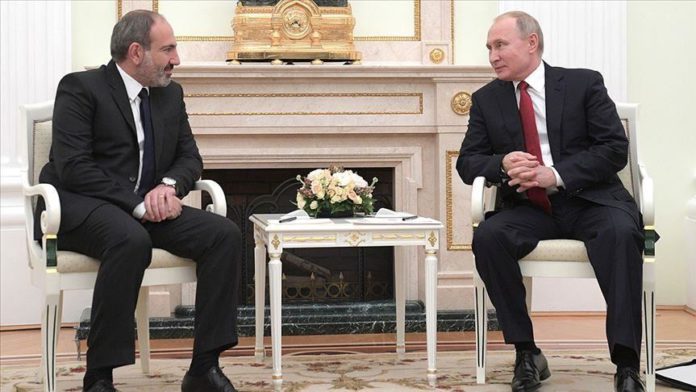 “The Russian side expressed deep concern over the continuation of large-scale military conflicts,” the Kremlin said in a statement.

“During the meeting, it was noted that it is important to take all necessary efforts to prevent further conflict and, more importantly, to halt military steps,” it added.

Armenia has once again proved that it is the biggest obstacle to peace and stability in the region, said an earlier statement by Azerbaijan’s Defense Ministry, adding that Turkey will stand with Azerbaijan by all means.

Baku has the right of self-defense to protect its people and territory, it said.

Relations between the two former Soviet nations have been tense since 1991 when Armenian military occupied Upper Karabakh, or Nagorno-Karabakh, an internationally recognized territory of Azerbaijan.