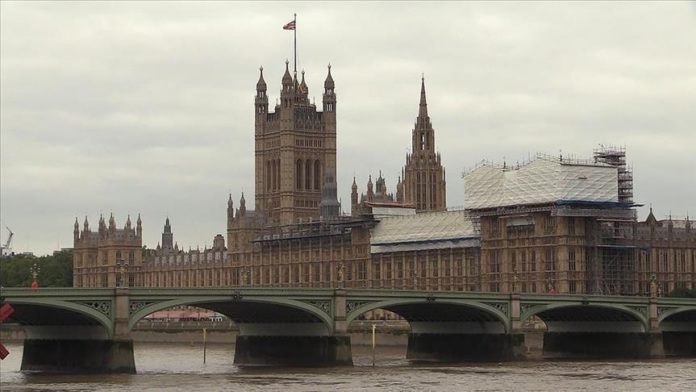 “I have summoned the Russian ambassador to meet me and explain Russia’s illegal, unprovoked invasion of Ukraine,” Liz Truss wrote on Twitter.

“We will be imposing severe sanctions and rallying countries in support of Ukraine,” she added, after an earlier condemnation of the Russian action.

Prime Minister Boris Johnson earlier called for an urgent NATO meeting amid developments in Ukraine. “This is a catastrophe for our continent,” he wrote on Twitter.

He said he was “appalled” by the start of Russia’s military intervention in Ukraine.

“I am appalled by the horrific events in Ukraine and I have spoken to President Zelenskyy to discuss next steps,” Johnson said following a phone call with Volodymyr Zelenskyy, Ukraine’s president.

Earlier, explosions were reported in several Ukrainian provinces, including the capital Kyiv, and armored military vehicles reportedly crossed the border from Belarus into Ukraine.

Russia was accused of amassing over 100,000 troops around Ukraine in recent months, but Putin repeatedly denied any intention of invading.