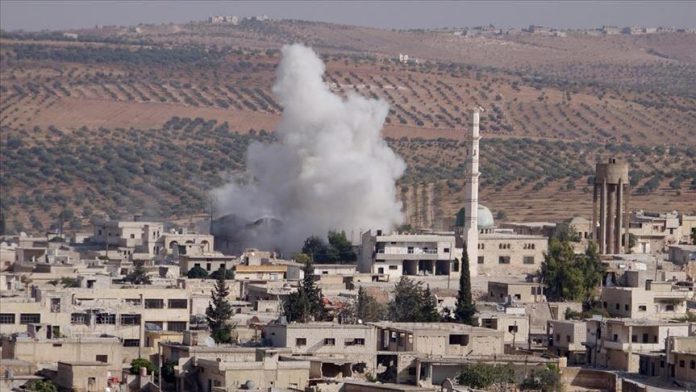 The civil defense agency reported that a civilian in Kafarruma was killed due to airstrikes.

According to the Syrian opposition aircraft observatory, the Russian jets struck Kafranbel district, Kafarruma town, Kafr Sakin, Sarja and Marrat Hirma villages in the city, which was designated as a de-escalation zone following Turkey’s deal hammered with Russia late in 2018.