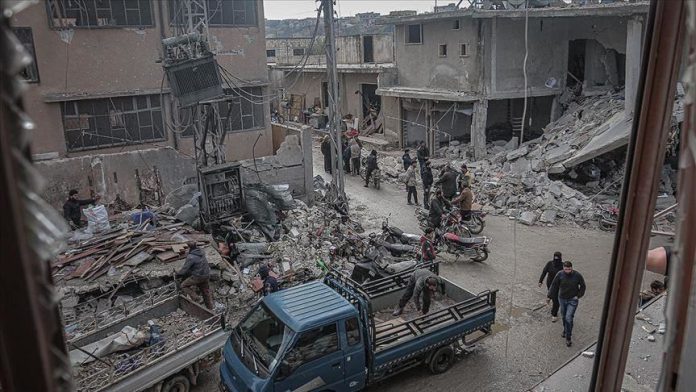 At least nine civilians were killed in Russian airstrikes in Idlib, northwestern Syria, where acts of violence are prohibited, a local civil defense agency said on Monday.

According to the White Helmets, the airstrikes killed nine civilians in Idlib.

Russian planes also target the routes Syrians take towards theTurkish border to escape the bombings on the residential area.

Over 1,300 civilians have been killed in the