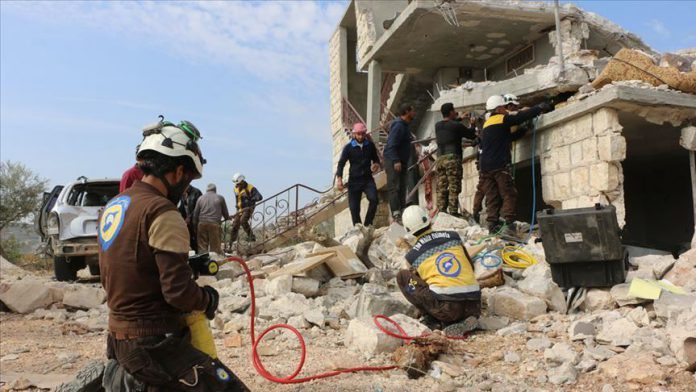 At least seven civilians were killed in Russian airstrikes on residential areas in the de-escalation zone of Idlib, Syria, the civil defense agency in the civil war-weary country said on Friday.

The White Helmets said 10 others were injured in attacks targeting the town of Kafar Roma and the village of Al Bara in northwestern Syria.

According to the Syrian opposition’s aircraft observatory, Russian warplanes targeted the villages of Eshtabraq and Marj al-Daher.

The targeted areas fall within the de-escalation zone laid out in Turkey’s deal reached with Russia in late 2018.

Since then, more than 1,300 civilians