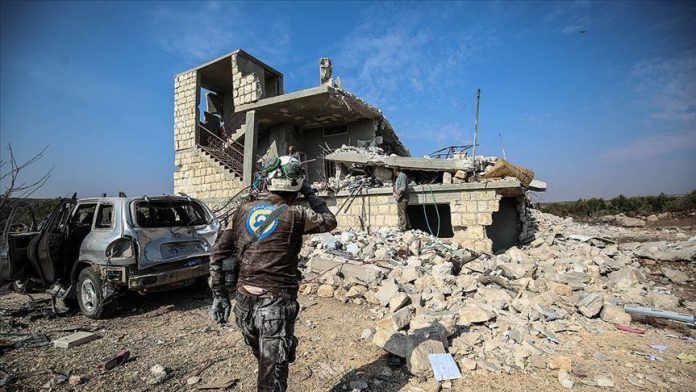 At least six civilians, including four children, were killed in Russian airstrikes on northwestern Syria, a local civil defense agency said on Wednesday.

The airstrikes pounded the district of Marratinnuman in Idlib province, according to the Syrian opposition’s aircraft observatory.

Scores of civilians were also injured in the late hour airstrikes, said the White Helmets.

The Assad regime also carried out mortar, gun, and rocket attacks in four villages of Idlib.

The death toll from the attacks on residential areas in the Idlib de-escalation zone over the last month totals 75, including 13 children, said the White Helmets.