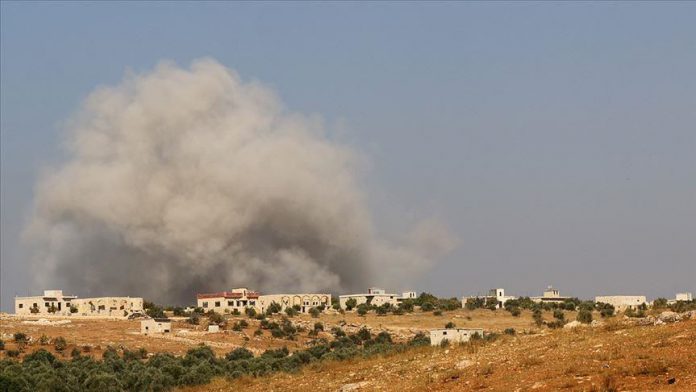 Three were killed in Rami village and another two in Maarshimshan, according to the agency.

According to Syrian opposition’s aircraft observatory, Russian warplanes have targeted the villages of Rami, Jibala and Maarshimshan since last night.

The villages fall within Idlib province’s Kafr Nabl district which was designated as a part of the de-escalation zone in Turkey’s deal hammered with Russia late in 2018.

Since then, more than 1,300 civilians have been killed in