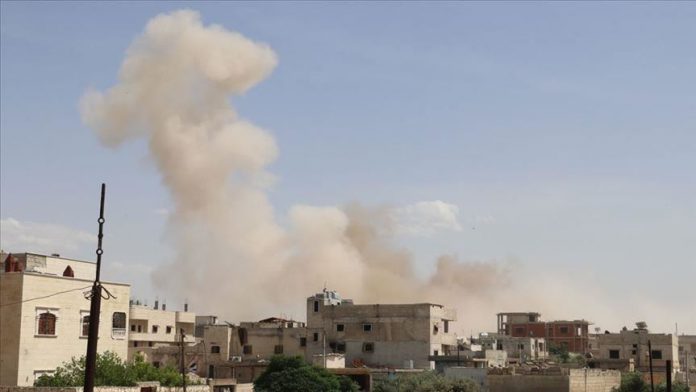 At least five civilians, including two children, were killed in Russian airstrikes in the Idlib de-escalation zone of Syria on Thursday, according to the Syrian civil defense agency.

Mustafa Haj Yousuf, head of the White Helmets in the northwestern Idlib province, said three civilians, including two children, were killed in Qafrnabil town and one in Fattira and Has villages each.