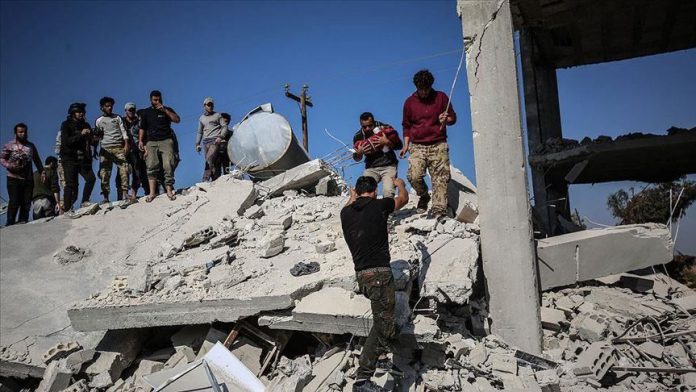 The agency stated that four people were killed and another 10 injured in the town of Kafar Roma and the village of Shinan.

According to the Syrian opposition’s aircraft observatory, Russian warplanes targeted Kafranbil in Kafar Roma and the villages of Has, Maaret Hurma, and Shinan.

The targeted areas fall with the de-escalation zone laid out in Turkey’s deal reached with Russia in late 2018.

Since then, more than 1,300 civilians have been killed in attacks by the regime and Russian forces in the de-escalation zone.

Notably, about a million people have been forced to leave conflict-prone areas of the city and started taking shelter in safer areas in the northern part of the city bordering Turkey.

The Turkish government has followed an “open-door” policy for Syrians since the eruption of the bloody war.

There are over 3.6 million Syrians currently taking shelter in Turkey, many looking forward to one day returning home.