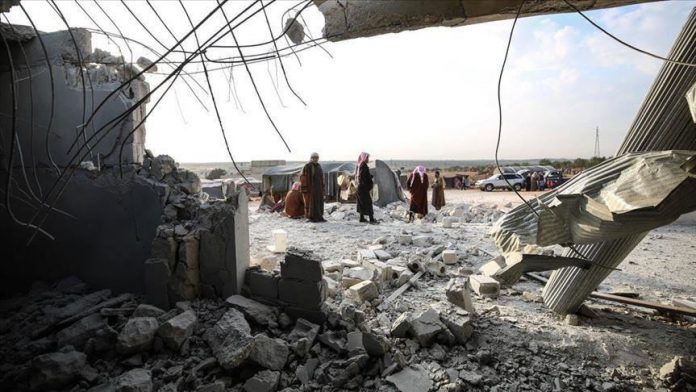 The agency stated that three siblings were killed in the town of Kafar Sijnah.

According to the Syrian opposition’s aircraft observatory, Russian warplanes targeted Kafranbil in Kafar Roma and the villages Rakhaya and Bidhama.

The targeted areas fall within the de-escalation zone laid out in Turkey’s deal reached with Russia in late 2018.