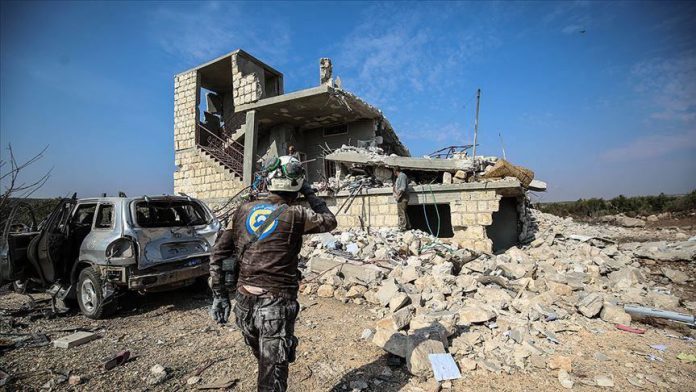 At least three civilians were killed in Russian airstrikes in the Idlib de-escalation zone in northwestern Syria, a local civil defense agency said on Saturday.

The Russian warplanes carried out airstrikes on the Idlib villages of Ma’rzita, Maaret Hurmah and Uraynibah, according to the Syrian opposition’s aircraft observatory.

The Assad regime also carried out mortar, gun and rocket attacks at Kafr Nabl district and three other villages of Idlib.