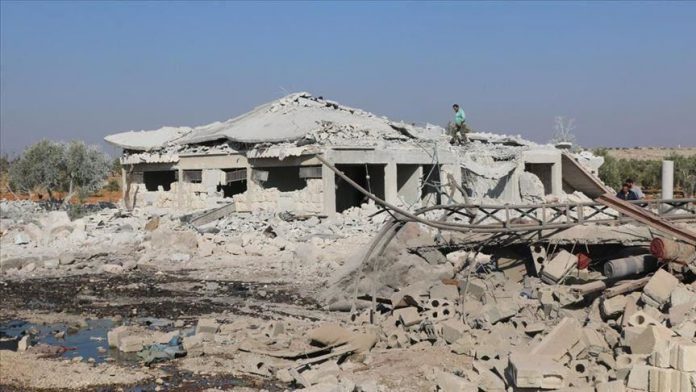 Two minor siblings were killed in the Maarat Hurma village, the agency said.