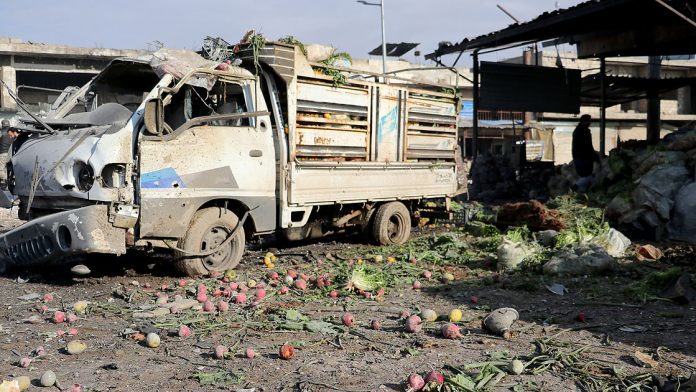 In an area of northwestern Syria supposed to be free of acts of aggression, on Monday at least 11 civilians were killed and 20 injured in Russian airstrikes, a local civil defense agency said.

Russian warplanes carried out airstrikes on the districts of Maarat Al-Numan, Saraqib, and number of villages in the northwestern province of Idlib, according to the White Helmets.

Additionally, in the first half of November, attacks by the Assad regime and its supporter Russia have displaced some 40,000 civilians within the Idlib de-escalation zone,