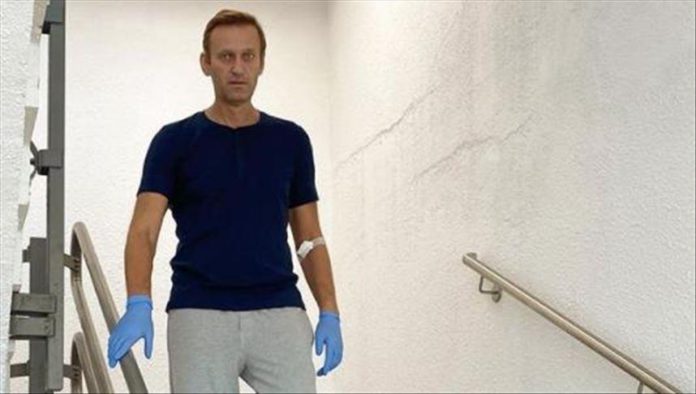 The website’s investigation, carried out with The Insider, CNN, and German Der Spiegel, claims that this August eight FSB operatives from “a secret FSB division” attempted to poison Navalny with a nerve agent.

The investigation is based on analysis of calls, databases, and information from open sources, said a Bellingcat statement, as well as passenger lists of Navalny’s flights.

The media claimed the poisoning had been preparing since 2017, when Navalny announced he was going to run for president the next year.

The same investigation claims that the attempt to poison him was actually the second, following an attempt in Kaliningrad.

Navalny, 44, a critic of Russian President Vladimir Putin, fell sick on Aug. 20 on a flight to Moscow. After an emergency landing in the Siberian city of Omsk, he spent two days in a Russian hospital before being sent to Berlin for treatment.

German officials announced that Navalny was poisoned with the Novichok nerve agent, which was also used, according to the UK government, in a 2018 attack on former Russian spy Sergei Skripal and his daughter in the British town of Salisbury.

Russian authorities deny any involvement in the case, saying chemical weapons have neither been developed nor produced in the country since the last chemical round was destroyed in 2017, as verified and certified by international officials.

Currently, Novichok is known to be produced in the US and Georgia, according to Yury Shvytkin, a member of the Russian lower chamber of parliament, the State Duma.

Russia insists that evidence be produced of Navalny’s poisoning with Novichok, saying traces of the nerve agent were not found during his stay in Omsk and that a criminal investigation is needed.