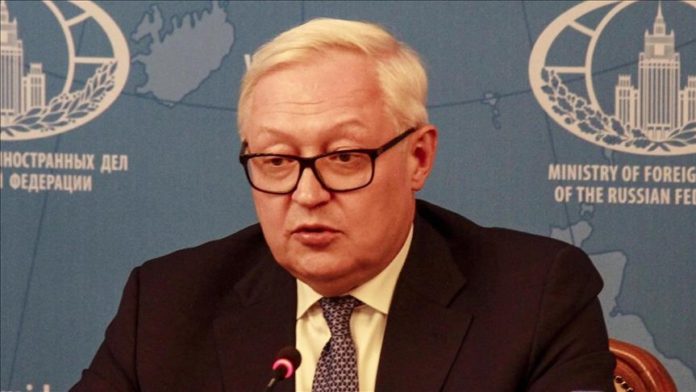 Russian Deputy Foreign Minister Sergey Ryabkov called “provocative” the US maneuvers in the Black Sea and warned Washington to “stay away” from it.

Speaking at a news conference in Moscow on Tuesday, Ryabkov said sending the US navy ships thousands of kilometers away from their home bases is always “a tool of geopolitics.”

“American warships have absolutely nothing to do near our shores. These are purely provocative measures that they carry out, provocative in the truest sense of the word. They test our strength, play on our nerves. They won’t succeed,” he said.

Ryabkov accused the US of “feeling like the lord of the seas,” and “inheriting Great Britain from another era in this regard,” adding that Washington should understand that “risks of incidents are very high”.

“We warn the US that it is better to stay away from Crimea, from our Black Sea coast. It’s for their own good,” the diplomat said.

Ryabkov then blasted the US and NATO for “turning Ukraine into a powder keg,” saying the US and other NATO countries have been carrying out military activities on the Ukrainian territory for years, which poses a serious threat to Russia’s security.

Responding to US Secretary of State Antony Blinken’s warning that if Russia acts “aggressively or recklessly” against Ukraine, it will come at a price and consequences, Ryabkov said Russia will continue to protect the Russian-speaking population in Donbas, eastern Ukraine.

“First, we have worked well on what they have done so far. Second, we adapted very well. Third, we do not think that terminology such as ‘price‘, ’payment’ is applicable. We are just defending our interests, we are thinking about the interests of the Russian-speaking population.”

Ryabkov added that “any threat only strengthens Russia’s belief that it is on the right track” and that being Russia’s adversary, the US is doing everything to undermine Russia’s position in the international arena.

“We do not see any other elements in the approaches to us,” he said.

The conflict in the southeast of Ukraine has escalated in recent weeks. Kyiv and separatists accuse each other of violating the truce. Ukraine also accuses Russia of pulling troops to the border. Moscow says it is a response to “Kyiv’s provocative actions”.