TurkishPress
Home News Russia warns US about transforming withdrawal from Afghanistan into relocation to Central... 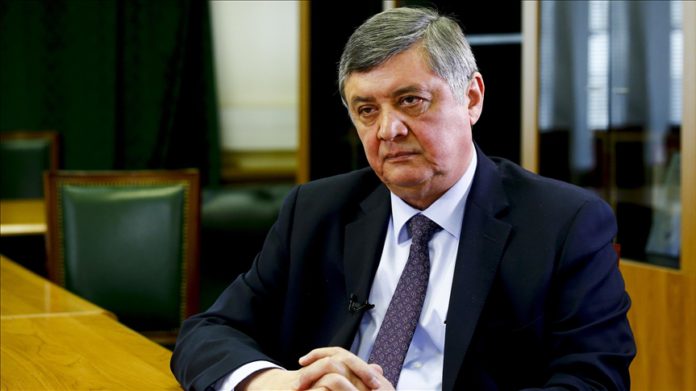 The US cannot and should not transform the withdrawal of its troops from Afghanistan into the relocation of its military facilities to Central Asia, Russian presidential envoy for Afghanistan Zamir Kabulov said Friday.

“We have already sent such a signal to Washington at various levels, I hope it will be heard,” Kabulov told Russian news agency, RIA.

Kabulov called “a dead end” the current confrontation between the Taliban and the Afghan government and urged all sides to establish a coalition government.

He promised international support in forming an interim government, stressing that “the final decision on the configuration and parameters of the future power structure should be made by Afghans themselves.”

The envoy expects that a suitable occasion for the launch of the negotiation process will come closer to autumn.

He does not exclude a meeting to push peace talks.

“We continue to work together in the format of an expanded ‘troika’ with the participation of Russia, the United States, China, and Pakistan,” he said. “We do not rule out the convening of its next round in the near future. In addition, we keep in mind the possibility of organizing another meeting of the Moscow format, which, as you know, unites all the countries of the region around Afghanistan, as well as the United States,” he said.

As for discussions on Afghan issues in UN structures, including in the Security Council, it is expedient at a later stage — when Afghan parties have already reached the signing of a peace agreement, he said.