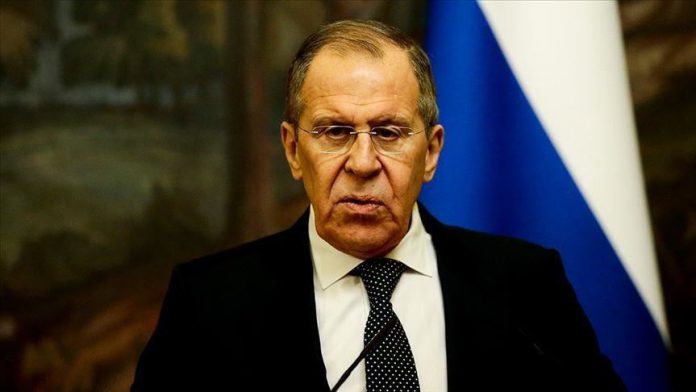 Moscow opposes both the Libyan Government of National Accord’s (GNA) unwillingness to hold talks with Haftar and Haftar’s self-declaration as Libya’s unilateral ruler, Foreign Minister Sergey Lavrov told reporters after a meeting with his counterparts from Brazil, India, China, and South Africa.

In a video message yesterday, the warlord, whose forces are fighting the internationally recognized government in Tripoli, said he had “accepted a popular mandate” to govern the country.

“Neither of these factors helps to find a stable compromise, without which it is impossible to get out of this crisis.”

“We have always warned that without the explicit consent of the Libyan parties, the agreements of external players on Libya will not be viable. This does not mean that the conflicting parties should make aggressive statements, announce unilateral decisions, or refuse to conduct an inter-Libyan dialogue,” he added.

Lavrov also decried the lack of attention to an initiative on resuming national dialogue proposed by Libyan House of Representatives Speaker Aguila Saleh.

The “reasonable” statement, in line with international decisions and the interests of the Libyan people, encourages building dialogue “aimed at forming mutually acceptable authorities, which uniformly addresses the three key areas of Libya,” Lavrov said.

Since the ouster of late ruler Muammar Gaddafi in 2011, two seats of power have emerged in Libya: Haftar in eastern Libya, supported by Egypt and the United Arab Emirates, and the Government of National Accord (GNA) in the capital, which enjoys UN and international backing.