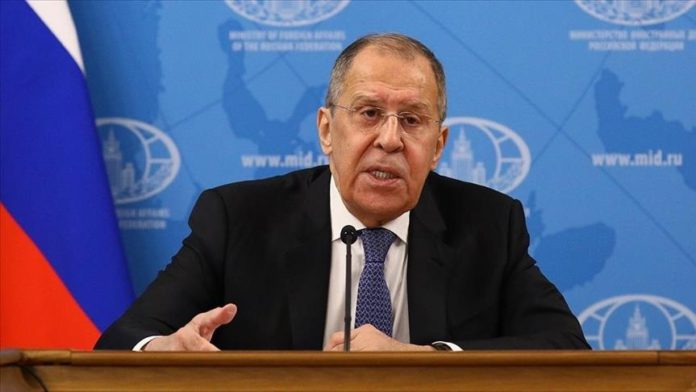 Russia urged the administration of US President Joe Biden Wednesday to step up efforts on the Iran nuclear deal.

Speaking at the Conference on Disarmament, Foreign Minister Sergey Lavrov stressed that the deal, officially known as the Joint Comprehensive Plan of Action (JCPOA), would be critical in securing a nuclear weapons-free Middle East.

Lavrov urged “a constructive approach” to the deal, especially as the upcoming Review Conference of the Treaty on the Non-Proliferation of Nuclear Weapons approaches.

“We call on everyone, first of all, the new US administration, to step up efforts in these important areas for the world community,” Lavrov said at the multilateral forum to negotiate arms control and disarmament agreements.

The implementation of the JCPOA, signed in 2015, has stalled after the US unilaterally withdrew from it on May 8, 2018 and reintroduced sanctions against Iran in the field of oil exports.

A year later, Iranian President Hassan Rouhani said that Tehran would gradually suspend some of its obligations under the nuclear deal. On Jan. 5, 2020, the country announced that its nuclear program no longer faces any operational restrictions.