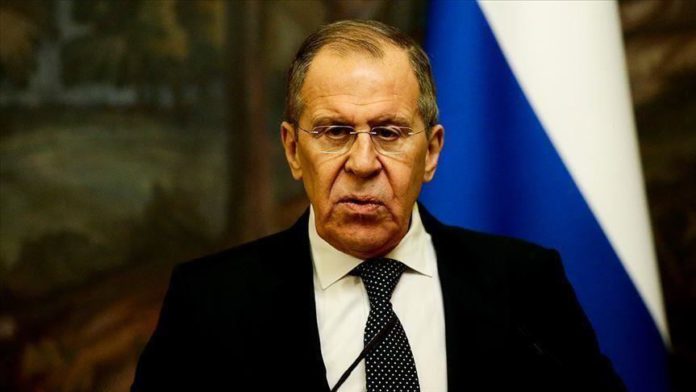 Speaking at a video conference following a virtual meeting with India’s External Affairs Minister Subrahmanyam Jaishankar and Chinese Foreign Minister Wang Yi, Lavrov said the decision on a peaceful settlement must be made by the Libyans themselves, while the role of the external players is to provide the conditions for peace talks.

Lavrov added that during the entire course of the conflict, the initiative and military superiority passed from one opposing side to the other several times and it resembles a swing.

“So I see no option but an immediate cease-fire. And the resolution of all other issues on the basis of a negotiation process in line with the understandings set out in the declaration of the Berlin conference,” the minister said.

Lavrov said in his recent telephone calls with Turkish and Egyptian foreign ministers, both ministers underlined the need for warring parties in Libya to return to the negotiating table.

“Both ministers underlined that everyone should acknowledge that there can be no military solution to this conflict, parties should return to the negotiating table and seek a solution that would be acceptable to all,” he said.