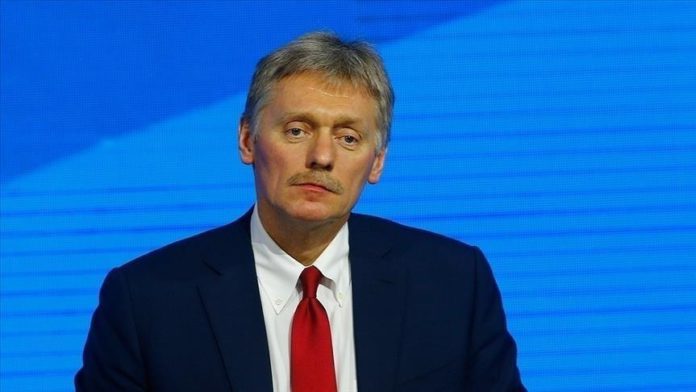 Russia on Thursday said the situation on the Ukrainian border is stable, though tensions on the contact line in Donbas are growing.

At a daily briefing in Moscow, Kremlin spokesman Dmitry Peskov said that contrary to the Western warnings, the Ukrainian armed forces’ assessment was the same as Russia’s — that there was no extraordinary military buildup on the border.

Western countries have accused Russia of amassing more than 100,000 troops near Ukraine, prompting fears that the Kremlin could be planning a military offensive against its ex-Soviet neighbor.

Denying that it is preparing to invade, Russia has accused Western countries of undermining its security through NATO’s expansion towards its borders.

Peskov warned that the situation could get out of hand on the contact line between Ukraine forces and pro-Russia separatists in the eastern region of Donbas, incited by Western media reports.

“We’ve repeatedly been warning that excessive concentration of Ukraine’s armed forces in close proximity to the demarcation line, along with possible provocation, may represent a terrible danger,” he said.

Citing “alarming” reports of exchange of fire between the sides, Peskov urged Western authorities and NATO to use their influence to stop Kyiv from further escalation.

“Nobody, no Western representative speaks about huge strike potential of the Ukrainian armed forces at the demarcation line. And together with provocative actions, which have strengthened over the past day or several days, this is a very, very dangerous situation,” he said.

Peskov also accused “many Western countries, including NATO” of leading “open information aggression” against Russia through reports that Moscow is planning to attack Ukraine, despite having returned some of its troops to their permanent deployment areas from military drills near the border.

Another example of such aggression was “fake” claims that Russia might attack Ukraine after Feb. 20.

Amid the recent tensions, Russia has issued a list of security demands to the West, including a rollback of troop deployments from some ex-Soviet states, and guarantees that some of those states would not join NATO.

In a written response to those demands, Washington said it is committed to upholding NATO’s “open-door policy,” while NATO also conveyed the alliance’s own reply “in parallel with the United States.”