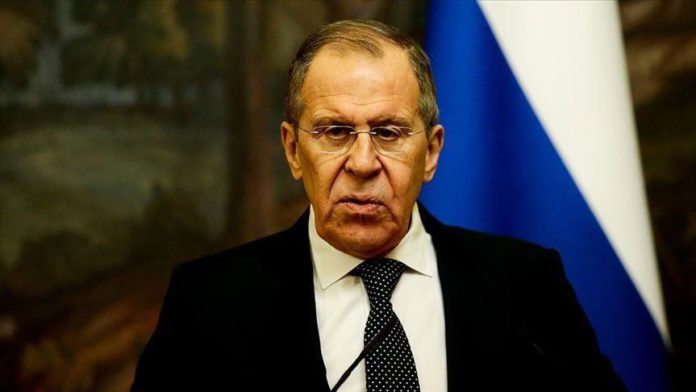 Russia and Turkey have a common objective in the Upper Karabakh region to monitor the peace deal between Azerbaijan and Armenia that ended weeks of armed conflict, Russia’s foreign minister said on Thursday.

“We agreed with our Turkish partners to establish an observation center on the territory of Azerbaijan, which will not be located near the conflict zone,” Sergey Lavrov told a news conference.

Responding to a question by an Anadolu Agency reporter on Turkey’s efforts for ending the conflict through diplomacy, he noted that Turkish President Recep Tayyip Erdogan and Russian President Vladimir Putin have held several phone calls and share similar views on the issue.

He said Moscow will continue cooperating with Ankara in other areas, including Syria, adding that they were interested in solving problems at their borders and across the world.

Turkey’s Foreign Minister Mevlut Cavusoglu said earlier on Thursday that Ankara will play an equally important role as Moscow in monitoring the peace deal through the peacekeeping center in Upper Karabakh.

A memorandum of understanding (MoU) setting up a joint Turkish-Russian center to monitor the peace deal was signed on Wednesday morning.

On Nov. 10, the two countries signed a Russia-brokered agreement to end the fighting and work toward a comprehensive resolution.

EU aiming for agreement guaranteeing decent wage for everyone: Official