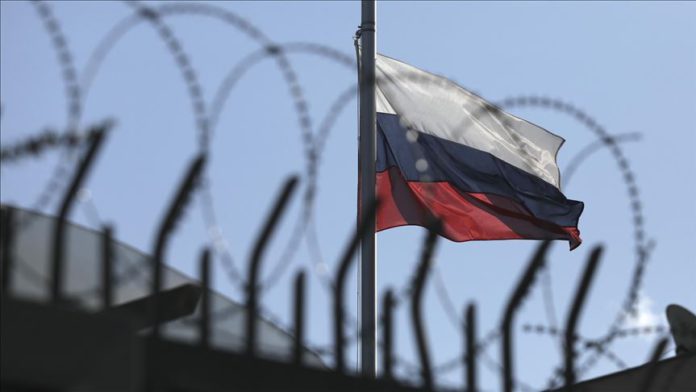 Russia will reopen its embassy in Libya although it will be temporarily based in Tunisia, Russian Foreign Minister Sergey Lavrov said Friday.

“I would like to inform you that we have decided to reopen the Russian Embassy in Libya, which at this stage will be headed by the charge d’affairs, Mr Jamshed Boltaev,” he said at a meeting with Aguila Saleh, Speaker of the pro-Haftar House of Representatives in the eastern city of Tobruk. “It will temporarily be based in Tunisia, but I want to emphasize that his functions suggest representing Russia on all territory Libya.”

Lavrov praised Saleh’s initiative on immediate cessation of hostilities and the beginning of political dialogue to establish unified authorities on the basis of equal representation of the three historical regions of Libya.

He said the Cairo Declaration on Libya is in line with decisions by the international conference on Libya in Berlin and may become the basis of inter-Libyan discussions on the implementation of Saleh’s initiative.

Turning to the Palestine-Israeli conflict, Lavrov praised a decision by HAMAS and FATAH to together defend the interests of Palestinians on the platform of the Palestine Liberation Organization.

“We believe that today, more than ever, the efforts of the international community are needed to create conditions for the immediate resumption and restart of direct Palestinian-Israeli negotiations under the auspices of the Quartet on the Middle East with the active participation of Arab states,” he said.

Lavrov warned that a “gross violation of the international legislation” for a Palestinian-Israeli settlement will put an end to prospects for a two-state solution and will be fraught with the most unpredictable consequences in the Middle East and in North Africa.

Encouraged by the US so-called “Deal of the Century,” Israel is expected to formally annex parts of the West Bank later this month.

On Syria, Lavrov urged the Arab League “to take Syria back to the Arab family” and to bring an end to attempts at isolating the country.

He also called to resolve the issue of Syria’s restoration in the Arab League “basing in justice and taking into account the interests of the entire Arab and Islamic world.”

Lavrov said the presidents of Russia, Turkey and Iran confirmed at a video conference July 1 that the Syrian problem can be solved “exclusively by encouraging dialogue between Syrians themselves.”

He said the restoration of Arab diplomatic presence in Damascus would support intra-Syrian dialogue and welcomed Arab countries who already returned their diplomatic missions to the country.

Lavrov said he knew about Saleh’s intention to “take some steps in this direction as well” and greeted the intentions.

May 21, 2020
We use cookies to ensure that we give you the best experience on our website. If you continue to use this site we will assume that you are happy with it.Ok