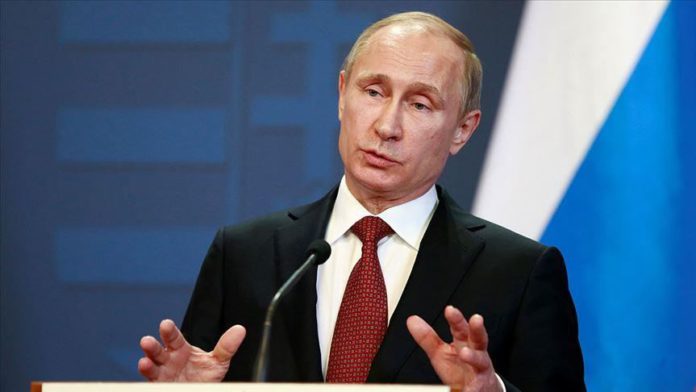 Russia will provide a loan of $1.5 billion to Belarus, President Vladimir Putin announced on Monday.

The credit is granted to restore economic relations hit by the coronavirus pandemic and to create conditions for moving forward, Putin said at a meeting with his Belarusian counterpart Alexander Lukashenko in Russia’s Black Sea city of Sochi.

Putin recalled that Russia remains the largest investor in the Belarusian economy. Only one of their projects, construction of a nuclear power plant costs $10 billion.

“In general, the Russian Federation accounts for more than 50% of Belarus’ foreign trade turnover. Almost 2,500 enterprises with Russian capital operate in Belarus. We have a very stable and deep cooperation in a number of areas and in a number of industries.

“We will also have to continue our cooperation in the defense sector, I mean first of all, of course, the defense companies — we also have a lot of cooperation here, and in quite sensitive areas — and in the military sector as well,” he said.

Belarus has joined the third phase of the Russian coronavirus vaccine trials and it is the first in the list of countries where Moscow will deliver the vaccine, he said.

As for the protests against the results of the presidential election, Russia is in favor of the Belarusians to sort out their disagreements themselves “without any hints or pressure from outside, peacefully and with dialogue with each other,” he said.

Putin also supported the idea of amending the Belarusian Constitution, saying this will contribute to the development of the political system.

For his part, Lukashenko said that what is happening in Belarus now is “a lesson” for all the post-Soviet countries, and that he will raise the issue at the upcoming meeting in the formats.

For prevention of similar events in the future, he suggested to increase the number of joint military exercises without considering the disapproval of the Western countries.

Protests broke out in Belarus after Lukashenko was declared the winner in the Aug. 9 presidential elections. Opposition candidates, however, accused the administration of rigging.

NATO and European leaders have urged Lukashenko to launch a dialogue with the opposition, and respect the fundamental human rights of the citizens.