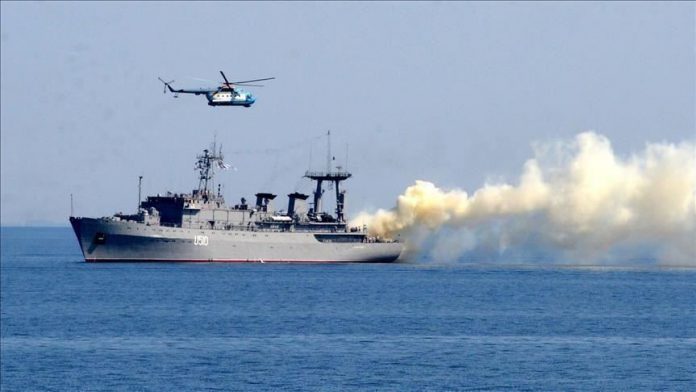 Russia and the Syrian regime started a joint military exercise in the Eastern Mediterranean, local media reported on Tuesday.

Speaking to the Russian media, Rear Adm. Alexander Yuldashev said Russian warships and fighter jets from Khmeimim, a base in coastal Syria, and Syrian regime minesweepers are taking part in the exercise.

Yuldashev said the joint maneuvers will include artillery fire along with practice fighting illegal armed groups and drones.

Since 2015, Russia has had warships at the