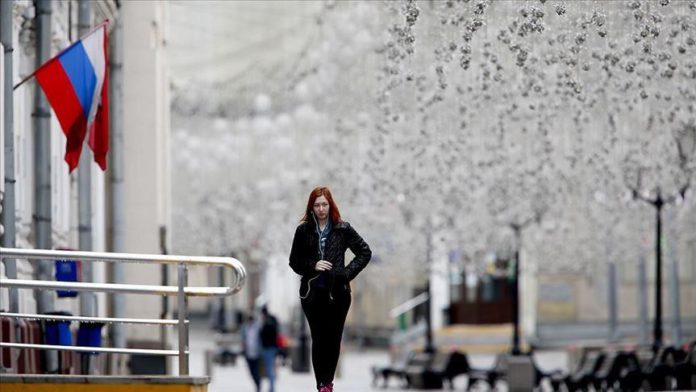 The national non-working period ends on May 12 with some limitations, including prohibition for mass gatherings and necessity to respect sanitary rules, such as wearing masks and gloves and keeping a social distance in public places, Putin said in a televised address to the nation.

In addition, Russia will double testing to reach 300,000 per day to diagnose the infection at early stages, when COVID-19 is less contagious and consequently treated faster.

Despite rather tough restrictions, which include lockdown of capital Moscow, ban for entry of foreigners and suspension of international air traffic, Russia is currently the fourth-worst coronavirus-hit country with its number of cases.

The country registers more than 10,000 cases a day for the second week, although in percentage the growth is slowing down.

Over the last 24 hours, 11,656 additional people tested positive for the virus, bringing the total figure to 221,344 on Monday, the emergency task force said in a daily report.

Russia has lower deaths per 100,000 population, compared to its neighbors, accounted by the authorities for the high number of testing.

The pandemic has killed over 283,300 worldwide, with total infections more than 4.13 million, while recoveries surpassed 1.42 million, according to figures compiled by the US’ Johns Hopkins University.