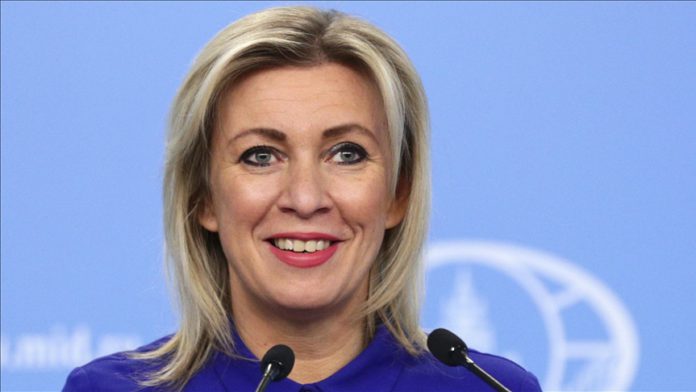 Speaking at a news conference in Moscow, Maria Zakharova said Russia responded to the UN special rapporteurs on the Navalny case “in a timely manner,” although they said the contrary.

“The Russian side sent them comprehensive information on this situation in a timely manner. Why they did not operate on it, remains a big question,” she said.

According to Zakharova, the Russian side among other things pointed out that so far neither any country, nor an organization or lab showed any evidence that Navalny was poisoned with the nerve-agent Novichok, but all limit themselves to oral statements.

She added that neither Russian nor German civilian doctors diagnosed Novichok in Navalny’s tests, while Russian doctors suggested Navalny could have felt sick as a result of taking pills “with very specific medical properties.”

“I want to emphasize that all the data was sent to them [to the UN rapporteurs]. Why they used the data of only one party, we do not understand,” she said.

Zakharova stressed that the UN rapporteurs did not manage to get a confirmation of Navalny’s poisoning with Novichok from a German military lab as well.

“We regard this position of the special rapporteurs as prejudicial, politically biased, and contrary to the Code of Conduct of special procedures of the HRC [Human Rights Council], which UN experts should be guided by in their work,” she said.

Zakharova also questioned the rapporteurs’ authority to conduct such an investigation, saying Agnes Callamard has a UN mandate on extrajudicial or arbitrary executions, and Irene Khan on the protection of freedom of expression.

“We regret that the special rapporteurs of the UN Human Rights Council, whose work should first of all be characterized by professionalism, an impartial approach, and reliance on facts, have descended to banal, unsubstantiated accusations,” she said.

On March 1, the two UN human rights rapporteurs said their investigation on the Navalny case showed “likely involvement of the Russian authorities in the poisoning, presumably at a high level.”

The rapporteurs also said they sent an official letter to Russian authorities in December, but the government in Russia has yet to respond.

Navalny fell sick on Aug. 20, 2020 on a flight to Moscow. After an emergency landing in the Siberian city of Omsk, he spent two days in a Russian hospital before being sent to Berlin for treatment.

After running tests at several laboratories, German officials announced that Navalny was poisoned with the Novichok nerve agent.

Navalny was arrested in the Russian capital upon returning in January from Germany for violating parole and sentenced to two and a half years in a prison colony.

Philippine president apologizes to typhoon victims over delays in aid