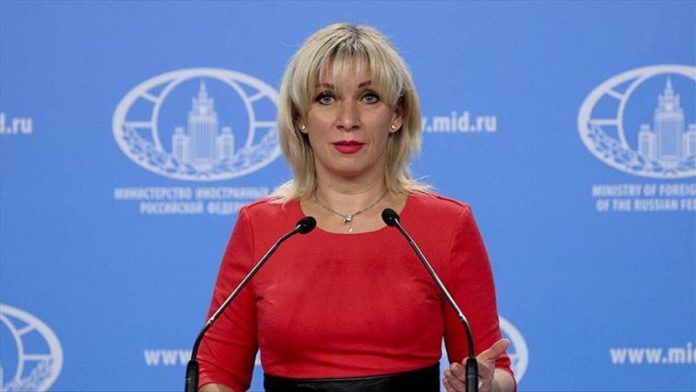 Russia is concerned over the Israeli plan to expand its illegal settlements in the West Bank, Foreign Ministry spokeswoman Maria Zakharova said on Thursday.

Building a dividing wall in Jerusalem will mean the annexation of the Palestinian territories, Zakharova said at a news conference in Moscow.

“We would like to express particular concern about the decision of the Israel’s government to approve a large-scale plan to expand Israeli settlements in the West Bank.

“We noticed that a number of new settlement projects include the construction of additional sections and the separation barrier in East Jerusalem. In essence, this means annexing the Palestinian territories in accordance with the so-called deal of the century promoted by the US administration,” Zakharova said.

She stressed that the Palestinian problem remains acute, and its resolution will help develop a unifying agenda “based on mutual respect for sovereign states and their non-interference in each other’s affairs”.

On Oct. 17, Israel approved for this year the construction of 12,159 illegal settlement units in the occupied West Bank and issued three military orders to confiscate around 2,700 acres from the occupied Jordan Valley in the West Bank.

The move came a month after the UAE and Bahrain agreed to establish full diplomatic, cultural, and commercial relations with Israel after signing controversial US-sponsored agreements at the White House.

Abu Dhabi and Manama alleged that their deals with Israel halted the Israeli annexation plan, which takes almost 30% of the occupied West Bank. However, on several occasions, Israeli officials, including Prime Minister Benjamin Netanyahu, confirmed the plan is only postponed.

In 1967 Israel occupied major parts of the Palestinian territories, including the West Bank, the Gaza Strip, the Sinai Peninsula, and the Western part of Golan Heights.

The UN Security Council adopted a number of resolutions, obliging Israel to free the occupied territories, but the latter neglected all of them and continues its expansionists politics.