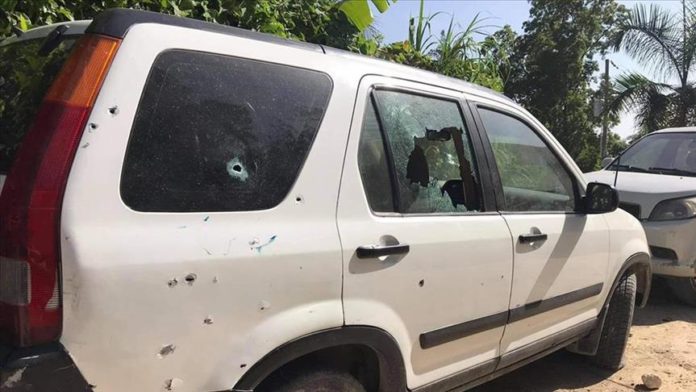 Russia on Friday slammed the murder of Haitian President Jovenel Moise, saying external forces are using “a purely internal conflict to their advantage.”

“We continue to monitor the course of the insolent, demonstrative murder of the president of Haiti. During the investigation of this crime, the Haitian police detained more than two dozen suspects, most of whom turned out to be Colombian citizens. At least two of the attackers have US citizenship. This information causes serious concern, it shows that once again external forces are trying to use a purely internal conflict in their interests,” she said.

Zakharova hoped that Haitian law enforcement will be able to bring to justice not only the perpetrators but also the mandators and accomplices of this murder.

President Moise was killed Wednesday in an armed attack at his private residence in the capital Port-au-Prince by a group of gunmen who, authorities say, spoke Spanish and English.

Haiti’s first lady Martine Moise, who was wounded in the attack, was taken to a hospital in Miami, Florida, where she is being treated.

Haitian police had already arrested 17 suspects over the assassination, including two Haitian Americans and 15 Colombians.

The group of men that killed Moise was made up of two Americans and 26 Colombians, the nation’s police chief said Thursday.

Authorities have launched an investigation into how the suspects arrived in the country, but it is possible that they entered through the long border with the Dominican Republic.

The assassination has plunged the country into a leadership crisis. Moise, 53, took office in 2017 after a contested election. After he failed to hold legislative elections, the opposition had demanded he step down.