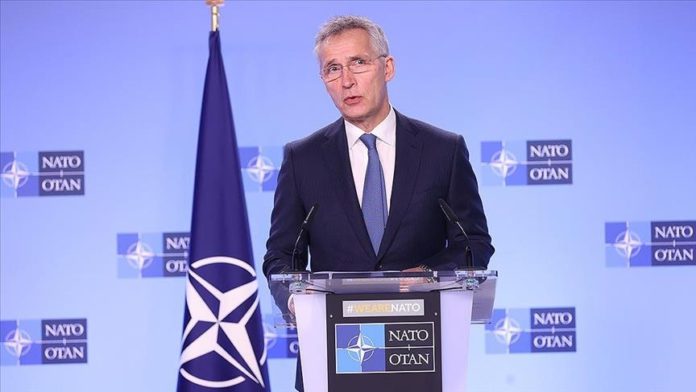 Russia shows signs that diplomacy should continue but it has not moved yet towards de-escalation on the ground, NATO Secretary-General Jens Stoltenberg said on Tuesday.

“Tomorrow, the NATO defense ministers will meet to address the most serious security crisis we have faced in Europe for decades,” Stoltenberg told reporters at a news conference ahead of the ministerial meeting.

He said that NATO follows with “cautious optimism” the signs that Moscow sent about its interest in diplomatic engagement, but warned that “so far, we have not seen any sign of de-escalation on the ground.”

Stoltenberg’s remarks came after Russia announced that some of its troops in the western and southern military districts have started returning to garrisons.

He said that a removal of heavy equipment and combat enablers would mean a real sign of de-escalation since troops can be quickly redeployed.

He said that NATO has not received yet an answer from Russia on the US-NATO proposals on European security arrangements and cooperation between the military alliance and Russia on arms control and military transparency.

Stoltenberg once again rejected Russia’s demands on halting the NATO accession process and removing troops from eastern members of the alliance.

He also criticized China and said both Moscow and Beijing do not “like rule-based international order” and want to reinstate an era when “big powers decide what to do”.

On Feb. 4, China and Russia issued a joint statement opposing “further enlargement of NATO” and urged the military alliance to “abandon its ideologized Cold War approach.”

Besides the latest security developments, Stoltenberg said, NATO defense ministers will discuss plans on strengthening the southeastern part of the alliance, including the deployment of a battle group in Romania and battleships in the Black Sea region.

The ministers will also hold talks with Ukrainian and Georgian counterparts, as well as representatives from the European Union, Finland, and Sweden during the two-day meeting, he added.

Moscow, according to Ukrainian officials and NATO, has recently amassed more than 100,000 troops near Ukraine, prompting fears that the Kremlin could be planning a military offensive against its ex-Soviet neighbor.

Russia also issued a list of security demands to the West, including a rollback of troop deployments from some ex-Soviet states, and guarantees that some of those states would not join NATO.