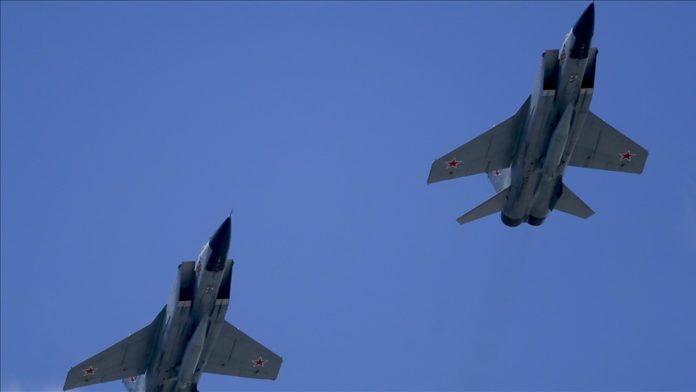 The Tu-22M3 and MiG-31K aircraft successfully landed at the Khmeimim Air Base that Russia rents from Syria, the ministry said in a statement.

The planes will take part in a Russian Navy military drill in the eastern part of the Mediterranean Sea, it said.

“The crews of the Russian Airspace Forces carried out a flight from the points of dislocation, covering over 1,500 kilometers (932 miles). During the drill, the pilots of long-distance aviation will perform assigned tasks,” according to the ministry.

More than 140 warships and support vessels, over 60 aircraft, 1,000 units of military equipment and about 10,000 military personnel will be engaged in the exercises, it added.

In January, the ministry announced a series of large-scale military drills “in all areas of responsibility” for the navy.