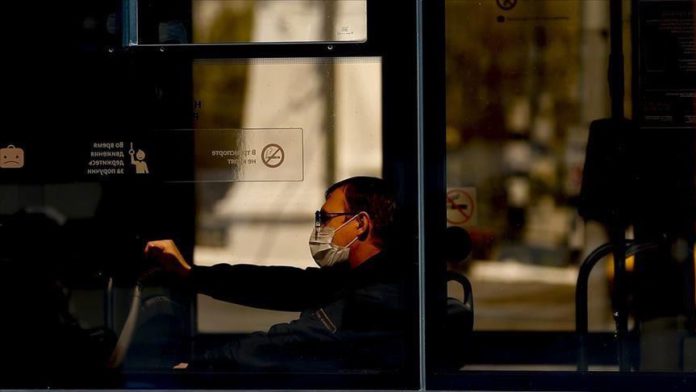 Russia on Saturday showed further growth in coronavirus cases, with a new record of 9,625 infections in a day – the fourth record in as many days – bringing the country’s total to 124,052.

The number of recoveries climbed 1,793 to 15,013, while 214,000 people remain under medical surveillance with suspected cases of the virus.

The capital Moscow remains the worst-hit territory, counting almost half – 5,358 – of new cases.

About 1,700 are hospitalized in Moscow daily, despite tougher lockdown measures than the national average.

To date, 3.9 million tests have been carried out in Russia aiming to diagnose the illness in early stages when it is less contagious.

Three top Russian officials, including the country’s Prime Minister Mikhail Mishustin, were hospitalized this week with the virus.

More than 3.34 million cases have been reported worldwide, with the death toll nearing 238,900 and more than 1 million recoveries, according to data compiled by the US’ Johns Hopkins University.