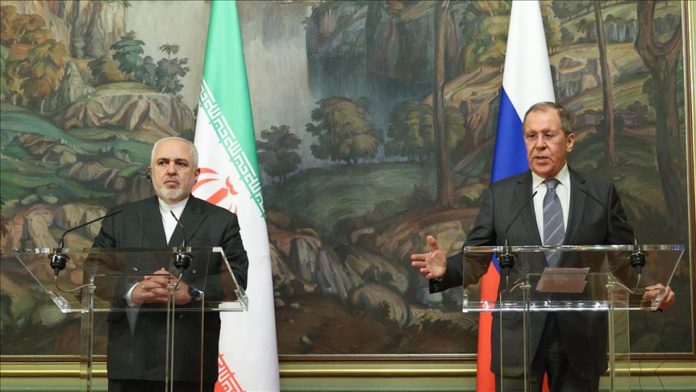 The attempts to expand an arms embargo on Iran has no legitimate basis, Russian Foreign Minister Sergey Lavrov said Tuesday.

“Therefore, our position is clear, we are against such attempts, and we do not see any grounds for these attempts to succeed,” Lavrov said at a news conference in Moscow following a meeting with his Iranian counterpart Mohammad Javad Zarif.

Zarif said the authorization regime is a part of a wider package on the Joint Comprehensive Plan of Action, also known as the Iran nuclear deal, and violating the provision means violating the entire deal.

“Most countries, including Europeans, have declared that it should not be touched. But I would like to emphasize that any other method that will be used to change this provision will mean a violation of the entire agreement,” said Zarif.

Signed between Iran and P5+1 countries — the US, UK, France, China, Russia and Germany — the deal curbed Iran’s nuclear activities in return for lifting of sanctions.

In May 2018, the US withdrew from the agreement, igniting gradual cutting of the obligations by Iran, who accused European signatories of delaying implementation of their responsibilities under the deal.

US Secretary of State Mike Pompeo urged the UN Security Council (UNSC) in June to extend an arms embargo against Iran and warned ending it would risk stability in the Middle East.