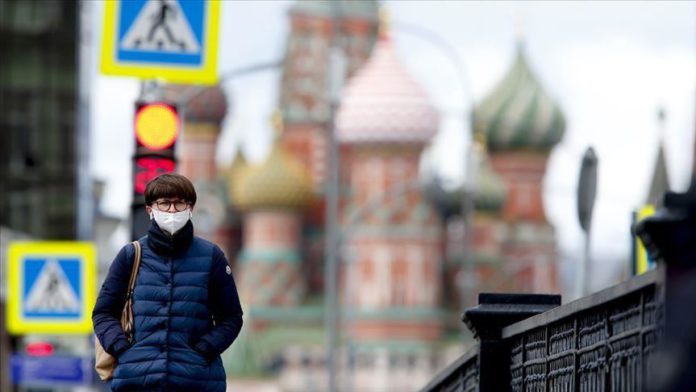 The nationwide death toll from the virus has risen to 3,807.

Meanwhile, the number of recoveries are also the highest-ever since the start of the outbreak, outnumbering the tally of new infections. A record 12,331 recoveries were registered in the past 24 hours against 8,915 new cases, confirmed over the same period.

At a video conference on Monday, Russian Deputy Prime Minister Dmitry Chernyshenko said the situation is somewhat stable and on some days the number of recovered patients exceeds new cases.

However, the World Health Organization still considers the continuing risks of the pandemic to be high and has not recommended that any country lift its restrictions on foreign travel in order to avoid a second wave.

Despite strict measures, which include lockdown of the capital Moscow, ban on the entry of foreigners and stateless people, and the suspension of international air and railway traffic, Russia is the third-worst coronavirus-hit country in terms of number of cases, following the US and Brazil.

Two top Russian officials are being treated in hospital for the coronavirus, while four more were earlier discharged after recovery.

The pandemic has claimed more than 345,100 lives in 188 countries and regions since originating in China last December. The US and Europe are currently the world’s worst-hit regions.

More than 5.49 million cases have been reported worldwide and 2.16 million people have recovered to date, according to figures compiled by the US’ Johns Hopkins University.