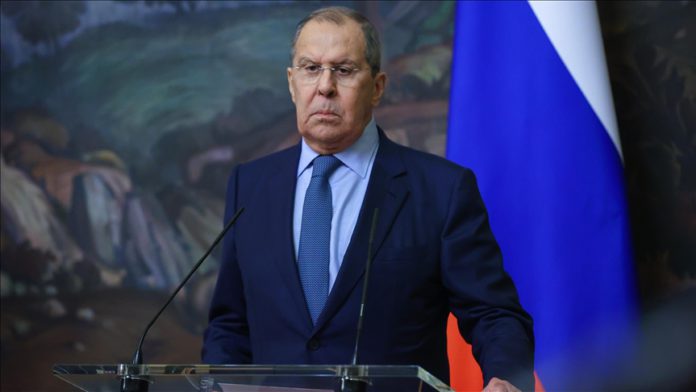 Moving the US troops from Afghanistan to other Central Asian countries will not address security concerns in the region, Russian Foreign Minister Sergey Lavrov said on Monday.

So far no country neighboring Afghanistan has announced its consent to allow the deployment of the US military, Lavrov said at a news conference in Moscow following a meeting with his Sudanese counterpart Mariam al-Mahdi.

“I do not think that the appearance of new US military facilities in Central Asia will contribute to the security interests in the region,” Lavrov said.

Lavrov recalled that Pakistan and Uzbekistan have publicly stated that they have no plans to provide the US with military bases.

As for other bordering states, Kazakhstan, Tajikistan, and Kyrgyzstan are members of the Collective Security State Organization (CSTO), a Russian-led military bloc, Lavrov added.

Under the treaty, they are obliged to get approval of the other signatories for the presence of foreign military forces on their territory, and no CSTO member has requested such approval, the minister said.

“Apart from the obligations under the CSTO, there are purely pragmatic considerations, given that the American leadership in the Pentagon states that they would like to position their military facilities around Afghanistan in order to strike at it if necessary. I do not think that it is in anyone’s interests to become a hostage of such a US policy, becoming a target for a retaliatory strike,” he said.

The minister also questioned the goals of the US presence, asking what Washington hoped to achieve with a small presence outside Afghanistan since it had failed to bring about changes with up to 100,000 soldiers in Afghanistan at the time.

“Rather, there is simply a desire to ensure a military presence in the region and influence the situation. I think everyone understands this,” he said.

Sergey Lavrov said he informed his Sudanese counterpart Mariam al-Mahdi that the Russian lower chamber of parliament, the State Duma, has started the ratification procedure for the agreement on the construction of the Russian naval facility on Sudan’s Red Sea coast.

“Madam (Foreign) Minister said that Sudan is also ready to start the ratification process. And it will be implemented in accordance with the procedures that exist for these purposes in the Sudanese Parliament,” he said.

For her part, Mahdi did not say anything about ratification, she said the agreement was signed by a previous government, and the new government will discuss and examine it for compliance with “the new legislative mechanisms.”

“The agreement was signed by the previous government, the new government is accountable to the new legislative mechanism in accordance with it, this document will be discussed for compliance,” she said.

“The National Legislature of Sudan will discuss and examine this document, this is one of the tasks of this authority, from a point of view of a positive response to bilateral relations, the good of Sudan, and the strategic goals pursued by Russia and Sudan.”

In November 2020, Russia and Sudan signed an agreement on the establishment of a Russian naval facility in the country. However, it was suspended in June 2021, following a military coup in Sudan – the new authorities announced they want to reconsider the deal.

The facility is expected to include the coastal zone, the water area, and the mooring zone and will be able to host four ships simultaneously.

The base, when opened, will be Russia’s second naval facility outside the former Soviet Union territory, after Tartus in Syria.