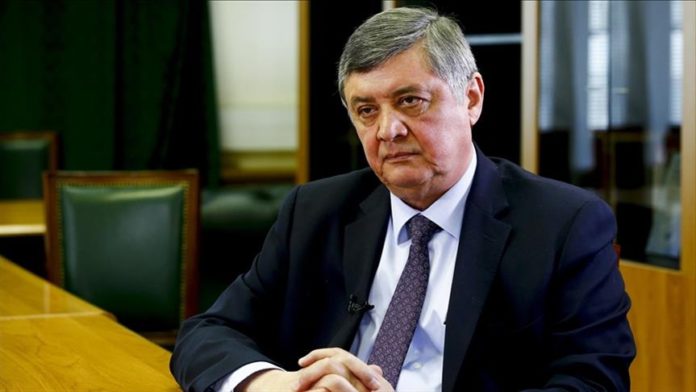 Russia is concerned over the growing intensity of hostilities in Afghanistan but does not believe the Taliban will try to seize power in the country, said the Russian presidential envoy for Afghanistan.

The most active clashes are happening in the northern provinces bordering Central Asian states that are allies and partners of Russia, Zamir Kabulov said Tuesday in an interview with Anadolu Agency.

“In recent days, the intensity of hostilities has been increasing, especially in the northern provinces of the country, against the background of the almost completed withdrawal of US and NATO troops. This situation cannot but worry us. At the same time, we believe that there is no danger of a violent seizure of power by the Taliban movement today,” Kabulov said.

The diplomat pointed out that the clashes are mainly happening in rural areas, and the cities are not assaulted, although they are taken into a “tight siege.”

“The purpose of the Taliban is to strengthen their position before the start of peace negotiations. The Taliban are aware of the negative consequences of the forceful scenario of coming to power and are not interested in its implementation. They declare their intention to achieve reconciliation through negotiations, including in contacts with us,” he said.

Russia has taken steps to prevent the spread of combat activities from Afghanistan to the bordering countries, and this issue was discussed directly with the Taliban during their visit to Moscow, Kabulov said.

The envoy readdressed to the Defense Ministry the question about the possible reinforcement of Russia’s military base in Tajikistan. However, he expects that “Russia will use all available opportunities to counter the ‘overflow’ of tensions from the northern regions of Afghanistan to the territories of its allies in Central Asia.”

Kabulov was skeptical about the idea of the temporary deployment of US troops in the Central Asian states. He said the process of withdrawing US troops from Afghanistan should not turn into the relocation of US military infrastructure to neighboring countries.

“Twenty years of the US and NATO campaign in Afghanistan have proven that the presence of American military bases does not contribute to strengthening stability and security in the region. As far as we know, other regional states maintain a similar position,” he noted.

The situation in Afghanistan is evolving very dynamically, and Moscow as an active player can host intra-Afghan events aimed at pushing the peace talks, Kabulov added.

“We do not rule out holding meetings in Moscow in the foreseeable future, including within the framework of the expanded ‘troika’ (comprising Russia, the US, China, and Pakistan) as well as the Moscow format of consultations on Afghanistan,” he said.

Asked about the potential scenario of a Turkish military mission guarding the international airport in Kabul, the diplomat said that “such an agreement was reached between Ankara and Washington without taking into account the opinion of the Kabul (government).”

“The presence of a Turkish military contingent after the end of the withdrawal of US and NATO troops from Afghanistan contradicts the provisions of the US-Taliban agreement concluded on Feb. 29, 2020, in Doha.

“Moreover, the Taliban were unequivocally negative about any foreign military presence after the end of the American military campaign in the IRA [Islamic Republic of Afghanistan]. During the recent consultations in Moscow [held on July 8], the Taliban envoys once again condemned Ankara’s decision and called it a mistake,” Kabulov said.

This means that Turkey will have to somehow settle the issue of involving its military in the protection of the Kabul airport with the Afghan authorities and the Taliban, he said.

As for Russia’s opinion, Kabulov said: “We believe that maintaining the mission of the Turkish military in Afghanistan after the withdrawal of US and NATO troops will hinder the early settlement of the situation in the IRA and the launch of the national reconciliation process.”