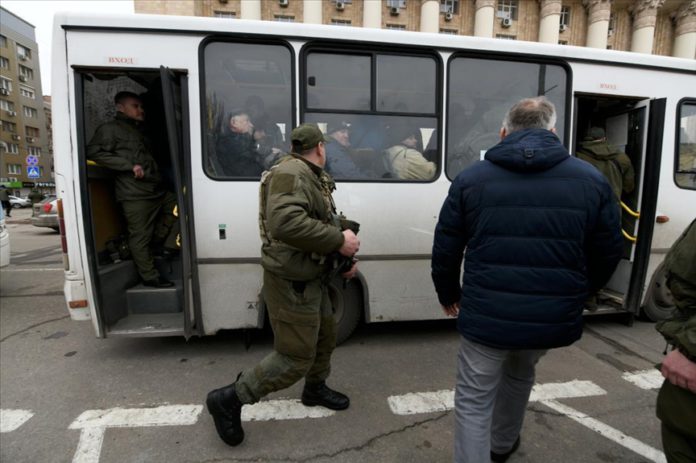 Russia claimed on Thursday that it is targeting only military infrastructure of Ukraine with high-precision weapons.

The Defense Ministry said in a statement that nothing threatens Ukrainian cities or civilians.

The statement also claimed that Ukrainian servicemen are abandoning their positions, leaving their arms behind.

Meanwhile, the ministry denied the Ukrainian military’s claim that it shot down Russian fighter planes and disabled armored vehicles, calling it a “total lie.”

Earlier in the day, Ukraine’s Joint Forces Command announced that at least five Russian aircraft and one helicopter were shot down.

The Russian intervention followed Moscow’s recognition of the two eastern Ukrainian breakaway regions of Luhansk and Donetsk on Monday.

The announcement drew global condemnation as a violation of the UN Charter and international law, with Western countries announcing new sanctions against Russia.

In 2014, after invading Ukraine’s Crimean Peninsula, Moscow began supporting separatist forces in eastern Ukraine against the central government, a policy that it has maintained ever since. The conflict has taken more than 13,000 lives, according to the UN.

Putin’s latest moves come after Russia amassed 100,000 troops and heavy equipment in and around its neighbor, prompting the US and other Western countries to accuse Moscow of preparing for an invasion.

Russia denied that it was preparing for an invasion, instead claiming that the West was undermining its security by expanding NATO to its borders.