TurkishPress
Home News Russia says it has no plans to invade Ukraine, even if talks... 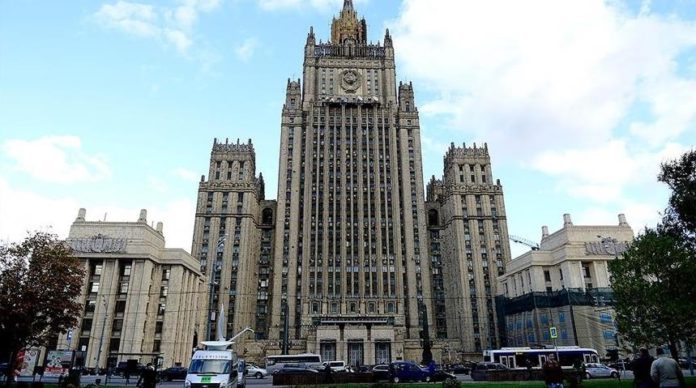 Russia has no intentions of invading Ukraine, even if talks on security guarantees with the US and NATO fail, Deputy Foreign Minister Sergey Ryabkov said Wednesday.

Speaking at a meeting of the Valdai Discussion Club in Moscow, Ryabkov stressed that there is no risk of a large-scale war in Europe and accused the US of intentionally spreading misinformation that Russia is preparing to invade Ukraine.

“I do believe that there is no risk for a large-scale war to start to unfold in Europe or elsewhere. We do not want and will not take any action of an aggressive character. We will not attack, strike, ‘invade’ — whatever — Ukraine,” he said.

The security situation in Europe has become critical through the fault of the US and NATO, which are using Ukraine as a lever of pressure on Russia, Ryabkov added.

He noted that Moscow had offered the West “a realistic way out of the situation” and has made its proposals public so that “everyone interested” understands what is being discussed and to what extent Russia has not been satisfied “with everything that has been happening for a long time,” he said.

“We would prefer to find a mutual understanding and come to an agreement first of all with the Americans. Involving too wide a range of countries in this process seems counterproductive to us,” Ryabkov said.

Russia’s top priority at the talks with the US and NATO is to achieve legally binding guarantees that Georgia and Ukraine will not become NATO members, he stressed.

The “well-known formula of the Bucharest summit in 2008, that Ukraine and Georgia will become members of NATO, this should be excluded, this should be replaced by the understanding that this will never happen,” he said.

Alternatively, if the US makes a unilateral commitment in a legally binding manner that it will never vote for Ukraine and other countries to join NATO, we are ready to consider this option, he said, adding this “would be an easier path for the US” if it had “enough political will.”

Ryabkov then demanded that the West stop supplying arms and military assistance to Ukraine, including sending military instructors, developing and implementing plans for the construction of military bases, and conducting training events because all this “poses a direct, immediate threat” to Russia.

“As has been said hundreds of times over the past few weeks, we see the threat that Ukraine will become more integrated into NATO even without obtaining formal NATO member status. This is what is at the center of Russia’s security interests,” he said.

Regarding Russian troops near Ukraine’s borders, Ryabkov assured that they are carrying out regular exercises and will not take any actions that pose a threat to Ukraine.

On joint military drills with Belarus, Ryabkov recalled that Russia has the Union State with Belarus “with its own agenda” that includes military exercises, and “there is no reason to worry about it.”

Russia seeks a solution that would serve to strengthen security in a broad sense, he said.

​​​​​​​On Dec. 15, Yury Ushakov, the presidential adviser on foreign policy issues, announced that Russia handed a draft of its proposals to the US and NATO, and two days later, the Russian Foreign Ministry published the text of the draft agreements suggested by Russia.

On Jan. 10, Russian and US delegations met in Geneva for the first round of consultations “to make positions clear,” and on Jan. 12, Russia and NATO exchanged views on the security proposals in Brussels.

On Jan. 21, Russian Foreign Minister Sergey Lavrov and US Secretary of State Antony Blinken are expected to meet in Geneva in continuation of the process.

Oil price up over massive drop in US crude stocks, stalled...