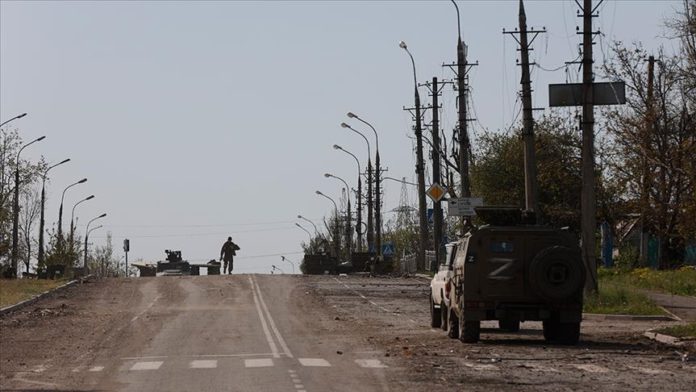 Russia’s Defense Ministry said on Saturday that the Lyman city in the Donetsk region of eastern Ukraine had fallen under the full control of Russian forces.

Igor Konashenkov, the spokesman for the ministry, told a press briefing in the capital Moscow that the Russian and Russian-backed forces in the Donetsk region had gained full control of the city.

He also said air-launched high-precision missiles hit a Ukrainian military post in the Bakhmut city and a regional defense unit command center in the Soledar city.

“More than 260 nationalist forces were neutralized in the Russian airstrikes,” Konashenkov added.

The Russian air defense system shot down a Ukrainian Mi-8 helicopter near the Orikhiv settlement in the Zaporizhzhia region, he said.

At least 4,031 civilians have been killed and 4,735 injured in Ukraine since Russia’s war on its neighbor began on Feb. 24, according to UN estimates. The true toll is believed to be much higher.